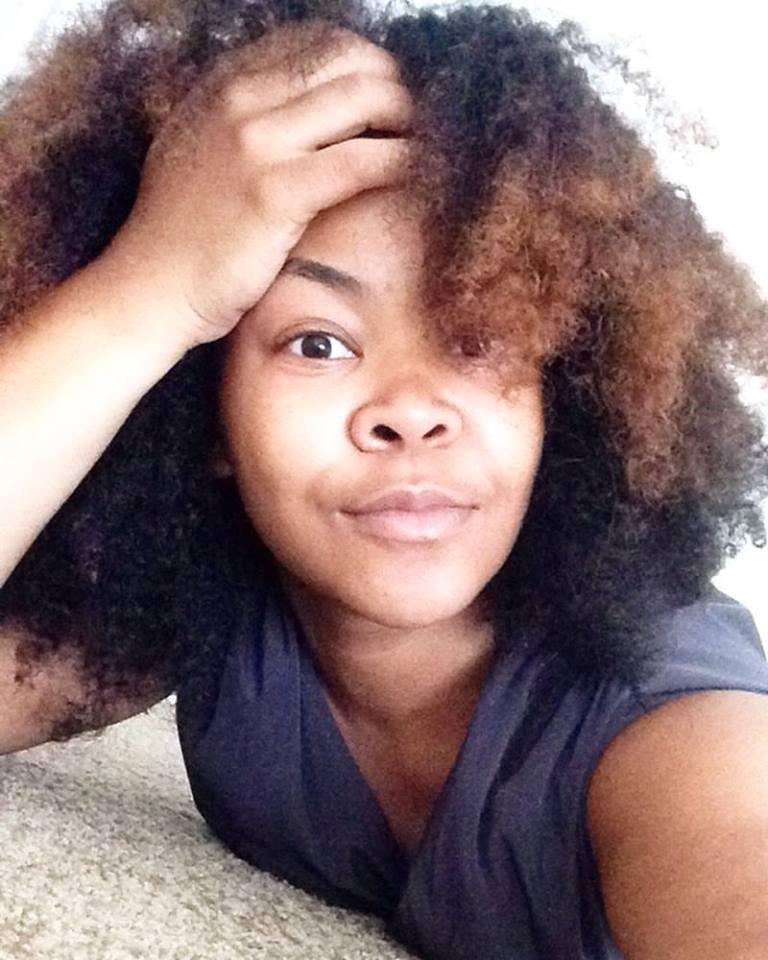 There is so much power behind going ” au naturel”. I encourage all African American women to try it at least once in their life. Even if you decide it is not for you, at least you know who you are underneath.  When we begin to understand who we are, it becomes difficult for others to steal our roots. The diversity natural hair allows an individual is apart of the beauty.

I remember when “natural” was a term foreign to many ears including myself. I had been so oversaturated by music videos and other imageries in the media. I thought the standards of beauty were those reflected. As a teenager I would come home to watch MTV’s TRL or BET’s 106 and Park on a daily basis. Groups such as Pretty Ricky would glare across the screen. Seeing beauty exotic women with hair down their back appeared to be the achievement. Check out Pretty Ricky’s “Your Body” for an example:

Pretty Ricky’s “Your Body” is not harmful in any sense. The women are shown appropriately dress (especially compared to the rap videos circulating at the time i.e. Tip Drill) and they act in a mild flirty manner oppose to the overly sexual trend that followed. I just simply thought those women were the definition of beauty. It did not shatter my self-esteem or anything of that nature, but I did want to conform. Conform due to lack of knowledge.

The Truth about conformity is that it’s easier to go with the crowd and become a wallflower. When you’re a wallflower you can watch other people live instead of living yourself. Conformity protects you from the opinion of viewers. If I look like the girl in the music video then I’ll fit in and have a chance at survival, right? Maybe.

For years and years people would tell me I had “good hair”. I was often told to stop getting perms, but I did not know of such a world. I thought I needed a perm in order to manage my wild mane.

However, a movement was in the making. It first began when I overheard my college friend, Khajah, talking about going natural. She was a bold free-spirited hippie so I did not think much of it. I honestly did not know what it meant. However, when she started buying natural products like coconut oil it clicked for me. It made sense to put those type of products in my hair, they were from the Earth.

During the same time Tyra Banks aired an episode on her talk show called “Good Hair”. While watching the episode I realized how attached Black woman were to European standards. One in particular scene showed a mother giving her 4 year old daughter a relaxer. The little girl complained about the burning sensation. I could relate. The tingling feeling during a perm/relaxer is no joke. But if it burns you know it’s working. After watching that episode of Tyra I began pondering if I wanted to give up the creamy crack.

I gave it a shot. I knew I was not brave enough to do the Big Chop like Khaj but a change had to come.

If you’re already natural, then you know transitioning can be a butt hole. During this phase finding a hairstyle can take time and talent. This is usually why most opt to braided hairstyles. They are quick, easy to maintain, and allow you to keep your sanity. I will credit the transition phase for teaching me how to do sew-ins. Being a broke college student I had no choice but to learn how to do lasting styles myself. YouTube was also becoming the newest teaching tool. Though, like others I soon found my natural hair did not blend well with my Indian weave.

I knew eventually the day would come when I would have to say goodbye to my permed ends for length and say hello to healthy curls. Once I began this journey I never really considered relaxing my hair again. There was no point. My hair could look the same without a relaxer as it did with one. There was no need to put such a chemical on my body. In fact, there were several time when I would have side effects due to perming my hair. My hair would sometimes have a film on top of it. This film would prevent moisturizer or anything similar to penetrate my hair strands. I would sometimes have scabs left around the perimeter of my scalp from where the product had sat to long. But for some reason we, the Black community, believe that’s normal. It’s not. There are safer ways to put perms in (if you chose so ) that do not cause such scars.

After about a 1 year and a 1/2, I decided the make the snips towards becoming all natural. It was too hard trying to find products that could work for my natural roots and my permed ends. Snip Snip Snip. I loved it!

I felt True to myself. It was not about fitting in anymore. It was about waking up and smelling what society is trying to serve you. This is not to say I was so spiritual aware the beginning of my journey, but I can definitely reflect and see how it led me where I am today. Back then I was just following what my spirit was telling me without understanding. Being a rebel.

After you’re done transitioning the hard work begins. Because you are not experienced with a full head of natural it can feel difficult to “tame” your hair. A simple ponytail can take 30 minutes after combing and brushing over and over trying to laid the sides. Learning to work your natural hair is the challenge, but it teaches self-love and patience. During the transition phase your ends are still relaxed so the comb is able to get through the strands much easier. But with all natural hair, your roots and ends are the same texture. If you cannot get through the ends, then you for sure cannot comb through the roots.

The frustration of “getting to know your hair” is enough to make the best of us cry. I have cried during my early stages when my hair was too coarse to braid. It would literally cut my fingers (but people thought I had good hair) ( good hair is only what you make it) from being so dry and overwashed.

For some reason I thought washing my hair would help the management but it only made it worse. However, more and more women began highlighting their natural experiences and I learned about co-washing and conditioning. I started studying natural hair instead of experimenting with what might or might not work. From there my curls became hydrated and full. I was providing moisture instead of stripping it away. I started investing in products that supported my hair journey not just Garnier or other products that have no connection to natural hair.

From other women on campus I learned about two-strand twist, bantu knots, and other hairstyles that protect and promote your natural state.

I am not sure how long I’ve been natural at this point because it fits so well inside of me. I could not imagine being this age still getting perms. That ish burns! I would not imagine my hair not representing me. My curls are just as crazy as my personality. Wearing weaves did not match who I was on the inside. On the inside I am a free spirit who follows my own path, not a conformist.

There are days when I sit in the mirror wondering what miracle can I make happen to my head. I know I have options. Cute feed-in braids, a bun, a wash and go……..But I know my curls are a miracle within themselves and not to ever take them for granted. I might color my hair or chop it off, but never will I give up my roots.